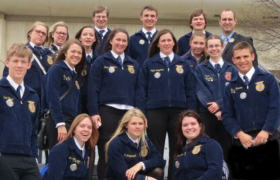 The Iowa FFA Leadership conference was held on April 17 through 19 at the Hilton Coliseum in Ames, Iowa. It was a three day trip that included activities, guest speaker seminars, and competitions. FFA students were given the opportunity to attend. They competed and discussed issues with other divisions of the state during this event. […] 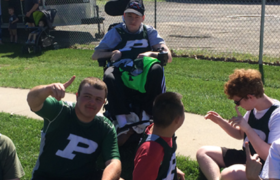 The Special Olympics has been going on since 1968. It has become an international event. Each state and country have their own Olympics. It was started by Eunice Kennedy Shriver, John F. Kennedy’s sister. “She believed in justice and equality for individuals with intellectual disabilities and started this program to further that passion,” elaborated Lorri […]

Creative Writing has been offered for the past three years, and each class brings their own personalities, backgrounds, and interests to the world of writing. These students have grown tremendously in self-expression and in their writing skills. Each class has created a literary magazine to highlight their favorite pieces from the semester and to impact […]