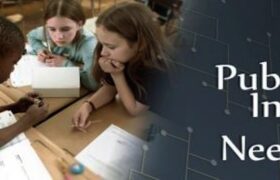 The Iowa Department of Education has announced a series of February public forums and a statewide survey following a state panel’s recommendation to get public feedback on the Next Generation Science Standards. These are a set of learning expectations in science for students in kindergarten through high school. The Next Generation Science Standards were developed […]