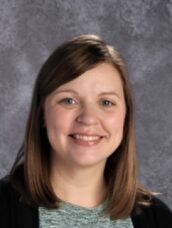 Andrea graduated from Prairie City-Monroe High School in 1998 and attended Northwestern College in Orange City where she graduated in 2003 with a double major in Music and Theater/Speech. She then worked as either a Youth, Worship, and/or Service Coordinator for over ten years before returning to school to obtain her teaching license. She has been a long term substitute teacher in Pella and Oskaloosa in Orchestra, MS Vocal, and Elementary Music. She officially came on staff at Pella in the fall of 2017 as Orchestra Assistant, giving lessons to grades 6-9 AM and directing the HS large group ensemble once a week. She also teaches K-2 General Music in Oskaloosa. She and her husband Jason live in Pella near the lake and have two boys, Carson and Owen. She enjoys spending time with family and friends, being outside, traveling, reading, watching movies, and singing/dancing as much as her husband and sons will tolerate.